The New Year is the day that marks the beginning of a new calendar year. The New Year of the Gregorian calendar or year of the messiah falls on 1 January. New year is one of the most celebrated days in the world. 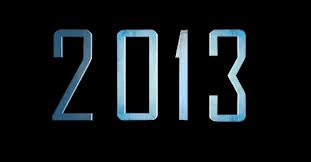 According of history, the order of months in the Roman calendar has been January to December since King Numa Pompilius in about 700 BC. It is according to Plutarch and Macrobius. However, Roman writers identified years by naming the year’s consuls, who did not enter office on 1 January until 153 BC. Since then 1 january has been the first day of the year, except during the Middle Ages when several other days were the first (1 March, 25 March, Easter, 1 September, 25 December). According to the Christian tradition, 1 January coincides with the circumcision of Christ eight days after birth when the name of Jesus was given to him.
With the expansion of Western culture to the rest of the world during the twentieth century. The 1 January date became global, even in countries with their own New Year celebrations on other days example China and India. At present, the celebration of the New Year is a major event worldwide. Many large-scale events are held in major cities around the world, with many large fireworks events on New Year’s Eve.
In many cultures, the event is celebrated in some manner. The day is shaped by different customs and traditions. Each culture celebrates this holiday in its own unique way. Majority of people start to prepare for the holiday at least one month in an advance. The preparation begins by buying presents, decorating houses, and making new costumes. Obviously, the holiday would not be complete without a symbol of New Year which transcended from generation to generation/
Specially for non moslem, They celebrating their new year with tree artificial. This New Year Tree which is one of the exciting things for children and adults. It is the object that we can see in every house, in also showing in TV during the holiday. The whole family takes participation in decorating a tree, with toys, candies and different New Years lights. In my view, as good moslem the new year can be motivation in our live. We must realize that the live chance is limited. World just several time to live, the and day is our mind purpose. we unknow when left this world forever. Although, there is not prohibition to celebrate new year during as internalization for it.
Our hope, this year (2013) can be better than  before. Perhaps, we are in protection and mercyfrom Allah SWT. The lord of this Word, the judgment of the day and the creator of everything in this world.